He left a bad taste in her mouth 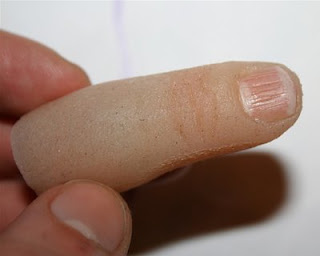 Who needs a fingerprint if you have the whole finger?


A mugger who attacked a woman in Japan fled empty-handed -- and with one finger missing -- after the intended victim chomped off his pinkie.

The 59-year-old woman fought back after a man snatched her bag as she arrived at her apartment in the northern city of Sapporo, police said Tuesday.

The woman gave chase as her attacker made his getaway on a bike, wrenching the stolen tote from his grasp and biting down firmly on his little finger.