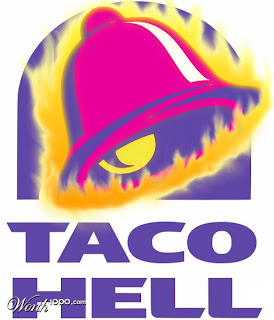 Soon to be renamed Taco Pendejo!

HUBER HEIGHTS -- An angry customer slams his pick-up into a Taco Bell, all over a missing taco.

It happened early Tuesday morning on Chambersburg Road in Huber Heights. Police say a couple went through the drive-thru to order food. When the man noticed he was missing a $0.99 taco, he came back to the window, screeching his tires and yelling at the employees.

The Taco Bell employees made him another taco. He snatched it out of their hands, came around the restaurant, and hit the front entrance.