Crazy for the bacon 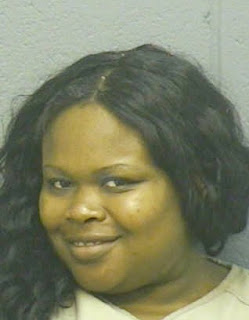 Meet Lonneshia Shafaye Appling. The Georgia woman, 26, was so determined to shoplift beer, bacon, cheese, and chicken wings from a Piggly Wiggly that she punched, spit at, and pepper-sprayed store workers who confronted her as she tried to flee the supermarket Wednesday afternoon, according to cops.

Appling, pictured in the adjacent mug shot, allegedly hid items worth $88.27 in a canvas bag. She “attempted to check out, only putting one item on the counter,” according to a worker quoted in an Athens-Clarke County Police Department report.

When a Piggly Wiggly employee--who had been tipped to the pilfering by a shopper--asked Appling about the concealed items, she tried to exit the store. After worker Jonathan Orr tried to stop Appling, she “pulled out some pepper spray and sprayed him in the face.”