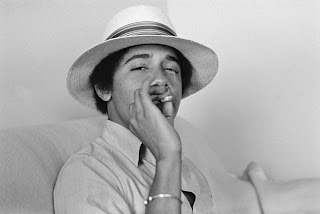 You go back to 1965 on Romney and high school you should also get to see what the O was doing in high school too.

In his 1995 memoir “Dreams of My Father,” Obama writes about smoking pot almost like Dr. Seuss wrote about eating green eggs and ham. As a high school kid, Obama wrote, he would smoke “in a white classmate’s sparkling new van,” he would smoke “in the dorm room of some brother” and he would smoke “on the beach with a couple of Hawaiian kids.”