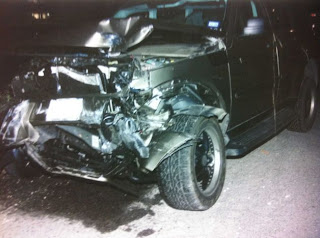 One young life taken and one potentially ruined by drinking too much and driving.

A former O'Connor High School math teacher who killed a woman in a drunken driving wreck four years ago after celebrating a possible promotion to head baseball coach began his intoxication manslaughter trial Tuesday by pleading guilty and asking a jury for probation.

Jose Castaneda, 34, a first-year teacher who previously played baseball in the minor leagues system for the New York Mets, was put on leave from Northside Independent School District immediately after informing administrators about the early morning May 10, 2008, arrest.

Since then, he has been hired to teach at Del Rio High, in his hometown.