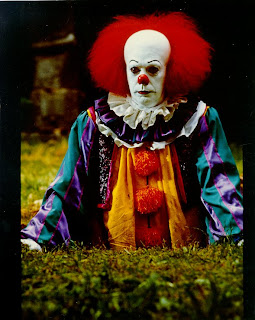 Wasn't anyone surprised by his appearance?

SURPRISE, Ariz. -- A man in women’s clothing is wanted for robbing a Surprise bank.

Surprise Police said the suspect walked into the Deer Valley Credit Union at 15613 West Bell Road on Friday morning and made off with an undisclosed amount of money.

The man was wearing what has been described as clown type makeup and a large brim hat. He is said to be 5 feet 7 inches tall and weighs approximately 160 pounds.