Come out with your hands up!! 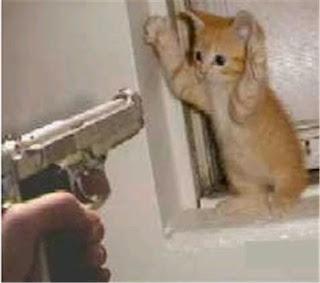 If she didn't wet the bed before she may now.

FREEPORT (KDKA) — The case of the four overdue library books and the little girl who borrowed them is closed, thanks in part to local police who were sent to investigate the case.

Four-year-old Katelyn Jageman’s books were due back to the Freeport Area Library on Oct. 19, 2011. Until Thursday, they were still in her possession. Library officials said after several attempts to retrieve the books, the case was turned over to police, who made a courtesy call to the child’s home.

“It’s a rare incident, but it does occur,” said Donna Michael, President of the Freeport Area Library Board.