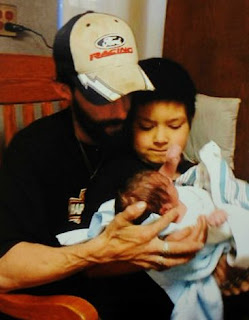 Some justice for Juan Duran, pictured here with his two sons.


A San Antonio man accused of beating to death another motorist in a grocery store parking lot because he held up traffic to pick his wife a flower was found guilty Tuesday of manslaughter.

Prosecutors had sought to convict Stephen Wayne Richardson, 46, of murder for the August 2010 slaying of Juan Duran, 30.

Richardson followed Duran to a Handy Andy store near an intersection where Duran had picked the flower and punched him as he stepped out of his vehicle.