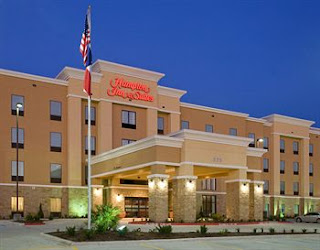 Police haven't ruled out suicide but classify the shooting as suspicious?

A woman who was found shot multiple times at a New Braunfels hotel has died at a San Antonio hospital, KGNB Radio is reporting.

The 51-year-old woman was discovered about 5:30 p.m. Wednesday when police were called to the Hampton Inn in the 500 block of Texas 46, the station says. She apparently had been shot with a large-caliber handgun that was found at the scene.

She was airlifted to University Hospital, where she died about 9:30 p.m., the station says.

The rest of the story:  (Links to original article)