Being a kid is no picnic, unfortunately 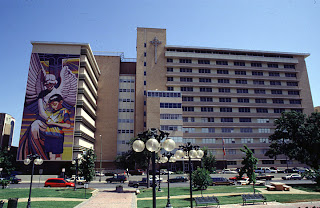 Gee, find out if the momma is single and has a boyfriend.

Those seem to be good clues at times.

The baby reportedly has multiple fractures to the lower legs and head injuries, the station says. The infant’s were taken in for questioning.

Police didn’t say if charges would be filed, KSAT adds.
Posted by Sam at 7:44 AM