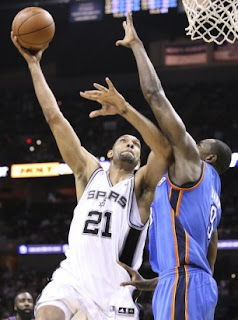 I would like to see the Spurs win this evening and continue the streak.

The Thunder are good and its on their court.

Spurs Nation: Brooms should remain in closets - for now

OKLAHOMA CITY — People I trust swear Spurs fans were brandishing brooms on Houston Street in the immediate aftermath of Tuesday’s Game 2 victory over the Thunder.

Has there been a 3-0 sweep in a seven-game series?