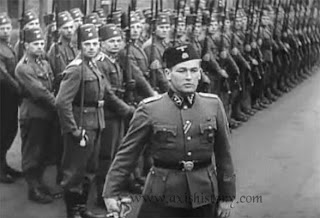 Man its shit like this that will get the Germans to invade them!


A German girl has been rescued by Bosnian police after allegedly being held captive by a couple for eight years during which she was forced to eat pig feed and pull a horse-cart.

A neighbour who raised the alarm told AFP he witnessed the couple treating the girl, now 19, like an animal.

Milenko and Slavojka Marinkovic were arrested at their home in a village in the northwestern Tuzla region after police received the tip-off from neighbour Sead Makalic earlier this month.