Is the glass ceiling lifting there too? 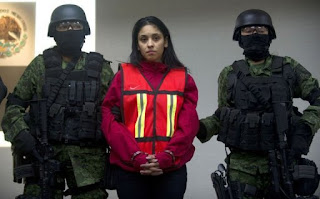 Who would've thought that the Mexican Drug Cartels were this progressive?

Women on the rise in Mexican drug cartels
AFP -


The high mortality rate in Mexico's drug war has seen women progress quickly in the shadowy underworld of the cartels and they are increasingly taking on key management roles, a new book says.

"Female Bosses of Narco-Traffic," by Arturo Santamaria, a researcher at the Autonomous University of the State of Sinaloa, traces the ascent of women in drug trafficking organizations.

"The narco-traffickers will become stronger as a result of this," wrote Santamaria. "They will be more difficult to fight because the women appear to be acting smarter."