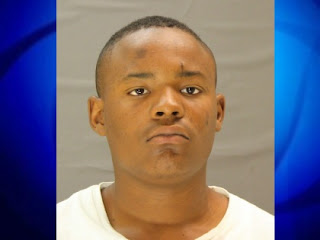 He'll be hard to beat!


WILMER (CBSDFW.COM) – Keithan Manuel is sitting inside the Dallas County Jail Tuesday night waiting for someone to believe him –– it was a joke, he told investigators. He didn’t really want to rob that police station.

Police, however, say the 18-year-old walked into the Wilmer Police Department Saturday evening with a white towel covering his hands.

Police Chief Victor Kemp described the incident saying, “Yeah well, a young man walked into the lobby and approached the dispatch window there and told our Communications Officer ‘give me all your money.’”