The Return of the Dark Side 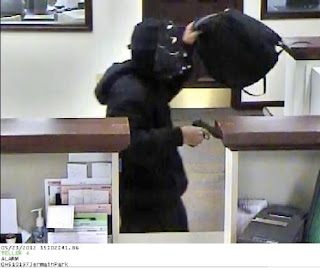 He apparently needed the money to build a new Death Star.

A man wearing a Darth Vader mask yesterday robbed a Toledo, Ohio bank, according to the FBI.

As seen in the above surveillance photo from a Huntington Bank branch, the suspect wielded a handgun. He escaped with an undisclosed amount of cash (which he presumably stashed in that backpack).

The suspect fled the scene, of course, on a BMX bike.