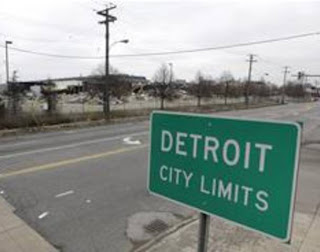 Technically this is just north of Detroit but to me the whole area is FUBAR'd.


Warren police had one man in custody Saturday and were searching for a second suspect in connection with the abduction of a 22-year-old pregnant woman who was shot, set on fire and left to die.

The man in custody is a 22-year-old Warren resident who is the victim’s former boyfriend and father of her child, according to Warren Police Commissioner Jere Green. He said the woman, who is due to give birth in three weeks, is hospitalized but did not suffer life-threatening injuries.

“Although we’re told he saw her being abducted, the ex-boyfriend didn’t help her, he never called 911, he said he went to bed and went to sleep,” Green said. “So we have one in custody and obviously we’re still looking for a second man.”