A young life gone too soon 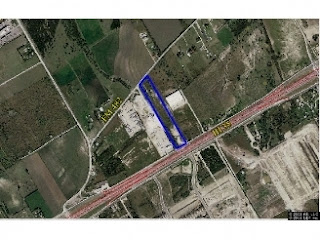 
Was it an accident?  or was it something a bit more sinister?

I'm predicting some sort of foul play was involved, if whatever happened can ever be determined .

Authorities are investigating the death of a 21-year-old woman from New Braunfels who was found dead in the median of Interstate 35 in Schertz early Sunday.

Around 7 a.m., a motorist spotted the woman's body in the middle of the median on I-35, near FM 2252, and called 911. Officials have not yet released her name, pending notification of her next of kin.

Schertz police spokesman Brad Bailey said the woman was fully clothed, wearing tight jeans and high-heeled shoes, in the middle of the median. She was pronounced dead at the scene.