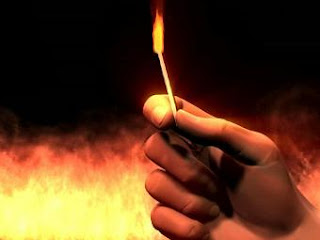 From my friend Jackie Larson in Edmonton comes this story.

Whoever did this is one sick freak, be he or she dead or alive.

My condolences to the family may Anna Fedorio Rest in Peace.

Fedorio, 83, was killed in the explosion that rocked Bethany Senior Citizens home in the early hours of Aug. 2.

Authorities have been tight-lipped about formally identifying a suspect in the arson, but a neighbour said Ken Kopiak, who died in the blast and lived in 307 - right next door to Fedorio - was suicidal and had knowledge of explosives.

The Mass of Christian Burial was said next door to the damaged seniors facility at Our Lady Queen of Poland Catholic Church, where son Wayne Fedorio said he hopes his mother’s death serves as a wake-up call not only in this building, but in all senior citizen centers throughout Alberta and Canada.