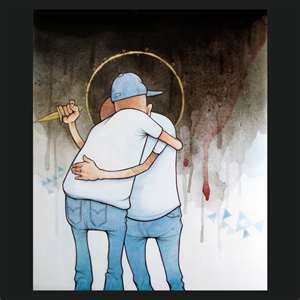 A 22-year-old man was arrested Sunday morning after being charged with striking another man with a hard object last month.

The two men were drinking at Frausto's apartment in the South Side in mid-July around 2:45 a.m., when they got into an argument, according to the affidavit. Mendoza began walking home because he did not want to speak with Frausto and was also asked to leave.