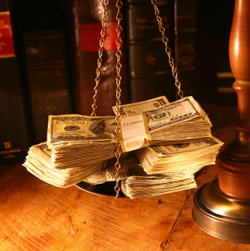 I'm sorry Mr. O'Neill for whatever demons in your life caused you to do this.

A San Antonio civil attorney was sentenced to five years in prison Monday after showing up in court with only a small portion of a $65,000 settlement he stole from a client two years ago.

Sean F. O'Neill, 55, was also ordered by state District Judge Mary Roman to surrender his law license and to pay the money back as restitution once he is released from prison.

The attorney pleaded guilty to misapplication of fiduciary property in April in exchange for prosecutors agreeing to remain silent on his application for probation if he paid the money back by August.