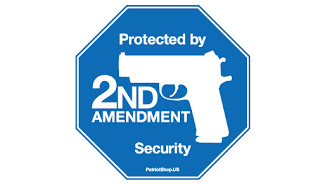 A homeowner shot an intruder who kicked in the door of a North Side home early Monday afternoon, San Antonio police said.

A man in his 30s had been sleeping upstairs when he awoke to someone pounding on the front door of his home in the 300 block of Country Wood Drive, police spokesman Officer Matthew Porter said.

The homeowner looked through the peephole and asked the man at the door what he wanted, but the man ignored him and kicked the door open, police said.