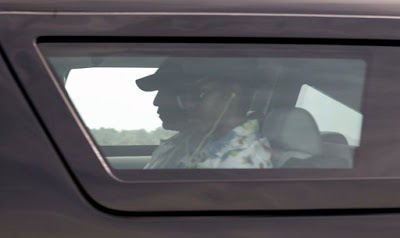 It doesn't matter if you're the President of the United States, you still get the silent treatment from your wife even on vacation.

Maybe that's why we had to spend the extra money to fly FLOTUS up on a separate jet four (4) hours before POTUS left for vacation?

Why not?  Its just our money.

U.S. President Barack Obama and first lady Michelle Obama depart their vacation home in Chilmark to go to the beach on Martha's Vineyard in Massachusetts August 21, 2011.
Posted by Sam at 7:29 AM