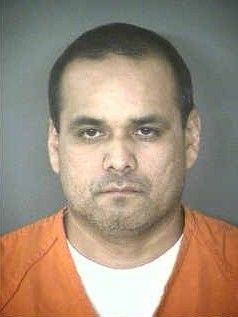 I imagine he is charged with attempted capital murder.

Man accused of wounding cop is back in S.A.
By Eva Ruth Moravec  - Express-News

A man arrested in Baton Rouge, La., last month, accused of fleeing there after a shoot-out with a San Antonio police officer, was transported to Bexar County early Tuesday, officials said.

Rafael Gonzalez Sanchez, 40, is being held without bail in Bexar County Jail on one count of attempted capital murder of a police officer.

He was arrested at The Shades Motel in Baton Rouge on Aug. 2, two days after he reportedly shot Officer Leroy Diaz in the leg outside Sanchez's home in the 15000 block of Beavers Run.