He burgled the wrong car 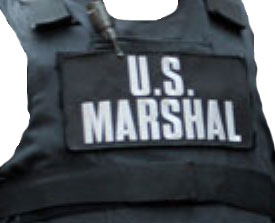 I can just imagine what went through his mind when he realized what he stole.

I'm sure that his gang was all like "Dude, put it back!  Pendejo!!"

Man charged with stealing Federal Marshal's gear
Equipment taken from car allegedly was going to be used by a gang.
By Guillermo Contreras - Express-News

A San Antonio man was charged Friday with theft of federal property after he admitted burglarizing the vehicle of a deputy U.S. marshal and stealing a bag containing his raid and tactical gear.

Francisco Castro Jr., 28, told law officers his initial intent was to burglarize a car that was parked at a home on West Martin Street, not knowing it belonged to a federal marshal, according to a criminal complaint affidavit.