He's got some 'splaining to do 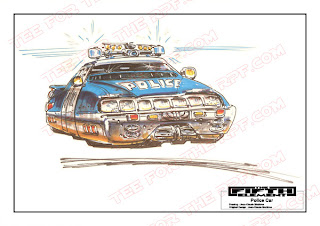 Thank God the Deputies will be okay.

Probably not very happy this morning.


A Los Angeles County sheriff's patrol car was struck from behind by a car with an alleged drunken driver at the wheel, knocked off Pacific Coast Highway and landed on a Malibu beach Saturday morning, injuring both deputies inside.
The patrol car landed upright, with its front end in the sand, and all of its doors jammed. Firefighters worked in ankle-deep water with hydraulic cutting tools to get the deputies freed from the wreckage, as the front doors were apparently jammed shut.
The deputies, 51-year-old Jeffrey Miner and 47-year-old James Millage, were taken to the Ronald Reagan UCLA Medical Center, said Lt. Stephanie Shrout of the sheriff's Lost Hills station.
The rest of the story:
Posted by Sam at 8:48 AM