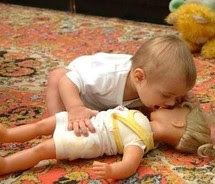 Ok, so I guess he thought it would have been ok except for the fact that he did it on school property?

Music teacher caught having sex with doll outside school
By Joseph Pleasant - Wate.com

SPRING HILL, Tenn. – Police in Spring Hill arrested a local music teacher Thursday morning after he was caught engaging in a sex act with a doll outside a local elementary school.

Officers were called to Allendale Elementary School on Prescott Way in Spring Hill amid reports of a white male with a duffle bag under a bridge on school property.  The bridge provides access to the school from the main road.