The cans are banned 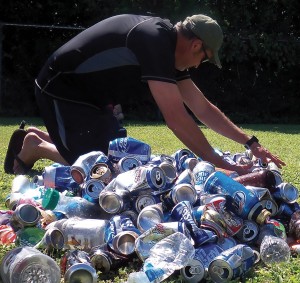 So, its come to this.

An outright ban of all disposable containers on the rivers in New Braunfels.

Folks you did it to yourselves by your irresponsible and often feckless behavior in tossing cans, bottles and who knows what into the rivers when you tube.

NEW BRAUNFELS - In a move to keep the Comal and Guadalupe rivers from being trashed-out by tubers, New Braunfels City Council on Monday banned beer cans and other disposable containers on the rivers beginning Jan. 1, 2012.

The ban was approved - on a 5-1 vote - after one protester had been arrested, another had thrown a volleyball-sized wad of dollar bills at the council, a lawsuit had been promised, and citizens had paraded to the podium for an hour to express their support or opposition. Councilor Steven Digges was the dissenting vote. Councilor Richard Zapata was unable to attend Monday's meeting.