Wait doesn't this mean you're one too? 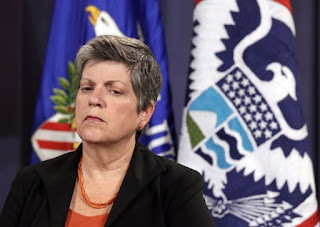 All one and the same apparently to DHS.


Despite causing controversy last month with a video that portrayed white middle class Americans as the most likely terrorists, the Department of Homeland Security has released yet another PSA that depicts an attempt to bomb a subway station not by Al-Qaeda Muslims, but well-dressed white people.

A new Public Service Announcement entitled ‘The Drop Off – If You See Something, Say Something’ was unveiled by none other than Big Sis herself, Janet Napolitano, on the Homeland Security website today.

The PSA, which will be played on television and radio stations, shows a well dressed attractive white woman exiting a taxi before walking into a subway station. The taxi driver – a white man – then makes a phone call and sets a timer on a device in the trunk of the car. The woman then leaves her bag in the station.