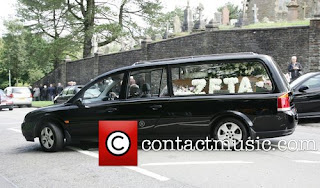 This just going to cause a whole bunch of new fights as factions jostle to take advantage of the *ahem* sudden vacancy.

After days of fighting along the Rio Grande, the Mexican military announced it killed a high-ranking member of the Zetas drug trafficking organization who was wanted in the U.S. for attempted murder.

The military said it killed Jorge Luis “Pompín” de la Peña Brizuela, the Zetas' Nuevo Laredo plaza boss, on Tuesday. Laredo police said he's a suspect in the shooting of three men and a teenager in that city in 2005.

The announcement came as the military wrapped up a 20-day operation called “Lince Norte,” or Northern Lynx, targeting the Zetas in northeastern Mexico. The operation involved 4,000 soldiers and resulted in the deaths of 30 and the arrest of almost 200 suspects. One soldier died, according to the military.