The unkidest cut of all - Pt 2 - The Verdict 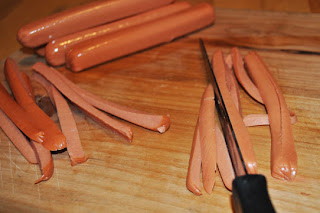 Of course I am sure there will be many folks who wonders whether the fact the jury had a woman as the foreperson might have played a role.

SHELBYVILLE, Ky. — Jurors rejected a truck driver’s claim for $16 million in damages after part of his penis was amputated because they believed the doctor saved the man’s life, the jury forewoman said in an interview Wednesday.


After only about an hour of deliberation Wednesday, the six-man, six-woman jury in Shelby County Circuit Court found that Dr. John Patterson acted appropriately and Phillip Seaton, 64, of Waddy, should get no money in the lawsuit.

“We felt bad for the circumstances. (Seaton) has our sympathy. But at the same time, he’s alive today because this man did what he did, because this man performed the surgery,” jury forewoman Lydia Tapp told The Courier-Journal in a phone interview.