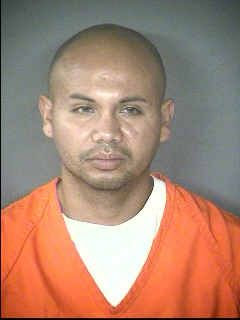 Due diligence seems to have been performed on this fellow's background, but note before he worked for the Haven for Hope he was employed at a pediatric dentist's office.

I guess another anecdotal tick mark for the idea that pedophiles like to work in areas they can get regular contact with children.

A teacher at the Haven for Hope child-care center is accused of indecently exposing himself to a girl in the parking lot of Wolff Stadium, police said.

Jesus Hilario Gutierrez, 29, was charged Wednesday with attempted indecency with a child. He was being held in Bexar County Jail in lieu of $25,000 bail.

The alleged incident did not involve a child from Haven or the YMCA, which operates the homeless shelter’s child-care center, a YMCA official said.