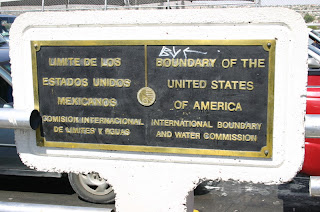 I would think there is more to this dismissal other than the boy wasn't on US soil when he was shot.

It certainly wouldn't be the first time a reporter or paper misunderstood a judge's ruling.

EL PASO, Texas (AP) — A judge in West Texas has dismissed a $25 million wrongful death lawsuit brought by the family of a 15-year-old Mexican boy killed by a Border Patrol agent.

Senior U.S. District Judge David Briones on Aug. 11 threw out the lawsuit against the U.S. government over the June 7, 2010, shooting of Sergio Adrian Hernandez Guereca on the Mexican side of the Rio Grande.

The El Paso Times (http://bit.ly/rmUHwn ) reports Thursday that Briones dismissed the case because the boy was not shot on U.S. soil.