Hello?? Are we protecting drug dealers? 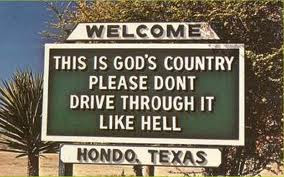 I find it intriguing that they are charged with conspiracy to interfere with commerce by threats and/or violence then the article goes on to state:

"they conspired to extort money from methamphetamine, heroin and marijuana traffickers operating in Hondo, Poteet and Pearsall through the collection of a 10 percent drug tax, also known as “the dime,”

So is the Federal Government now protecting the sale of illegal narcotics?  I mean that's what it reads like doesn't it?

If we're doing this let's tax the dealers while we're at it too.

Authorities took a swing Tuesday at the Texas Mexican Mafia's operations in the outskirts of San Antonio, arresting several of its members on drug or firearm charges.

The San Antonio-based gang originated in Texas prisons but has been weakened with at least four federal prosecutions that squeezed some of its street operations to surrounding communities.