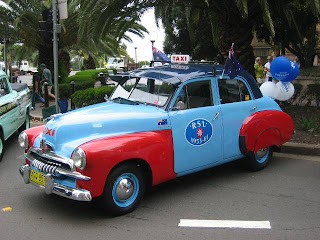 I must admit I never thought about this.

What is the criminal history, if any, of my cab driver?

Victoria's cabbies are undergoing weekly criminal record checks to weed out drivers convicted of serious crimes, such as murder and sex offences.

Under the crackdown, the Victorian Taxi Directorate provides police with its list of drivers whose details are cross-checked against the crime database.

The directorate has the power to cancel or suspend drivers convicted of serious crimes.

Since the new system began last month, 84 taxi drivers with a criminal past have been found.
Six of them had been convicted of category one offences, including murder, rape and child pornography.