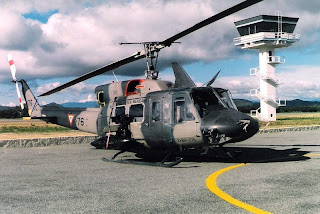 Last week a convoy drove into the States and now a military helicopter lands at the Laredo airport.

How do you make that kind of mistake?  There's a river, you crossed it.  The commercial airport on the north side of the river is in the United States.

Your military airport is on the south side of the river.

Mucia Dovalina, the uniform public affairs officer for the Laredo Port of Entry, said the helicopter landed about 3 p.m., but she couldn’t share details such as the number of occupants or whether they were armed.

Dovalina said that, following protocol, CBP officers checked out the helicopter’s occupants, then allowed them to return to Mexico in the aircraft.