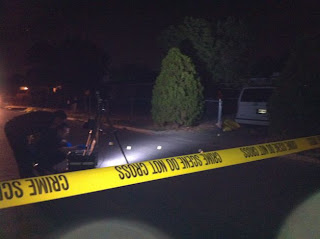 Was this just wrong place wrong time or were they out to get this victim specifically?

Another drive-by victim in a city with way too many already.

A 23-year-old man who was the target of a drive-by shooting in the West Side just before midnight Sunday died at the scene.

The victim was walking east on the 100 block of Knollwood Drive when a light-colored car pulled up next to him and shots were fired, said San Antonio police Det. Randy Resendez.

The man, shot at least three times in the torso, "staggered off the roadway and collapsed on a driveway," Resendez said.