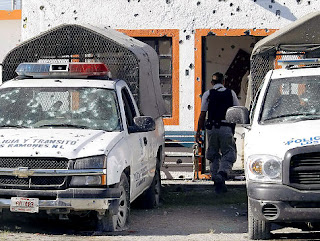 Can you really blame them?

Does the situation seem hopeless, with no help in sight?

The mass resignation appeared to be connected to a Tuesday attack by gunmen that killed three of the town’s officers, Salas said.