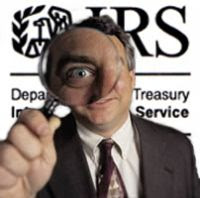 Who can make the sun set and 'eff up your whole life?

And then get inside your head and make you break up with your wife?

A San Antonio lawyer has been charged with three counts of willfully failing to file income tax returns, leaving him owing $120,000.

Juan J. Calderon, who has been licensed in Texas since 1995 and served as a legal adviser to the League of United Latin American Citizens, could not be reached for comment Tuesday.

He is scheduled to make an initial court appearance before U.S. Magistrate Judge Pamela Mathy on April 28.