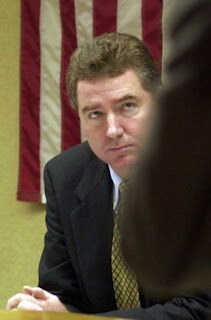 I guess that takes some of the sting out of it.

The Texas Supreme Court has suspended a judge whose beating of his then-teenage daughter in 2004 was viewed millions of times on the Internet.

According to an order signed Tuesday, Aransas County Court-at-Law Judge William Adams is suspended immediately with pay pending the outcome of the inquiry started by the State Commission on Judicial Ethics this month.

The order makes clear that Adams agreed to the commission’s recommended temporary suspension but does not admit wrongdoing.