Is anyone in the Mexican Government paying attention down there? 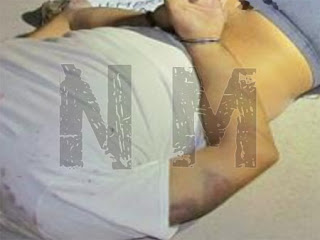 I guess I better keep my big fat mouth shut.

Rest in Peace Rascatripas.  I hope this starts a movement which will crush your killers.

Blogger butchered in Nuevo Laredo
He was the second victim from a website reporting crimes by the Zetas.
By Dudley Althous  - Houston Chronicle

“This happened to me for not understanding that I shouldn't report on the social networks,” advised a note left
before dawn with the man's body at a busy intersection in one of the city's wealthier neighborhoods.

The victim, identified on social networking sites only by his nickname — Rascatripas, or Belly Scratcher — reportedly helped moderate a site called Nuevo Laredo En Vivo that posted news of shootouts and other activities of the Zetas, the narcotics and extortion gang that all but controls the city.