Its all about the O 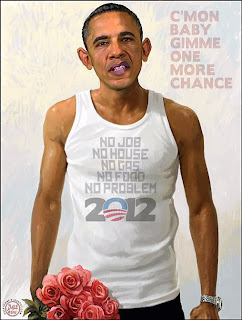 As if he'd even think of doing this.

He's much too arrogant and egotistical to do it even though in the long run it would benefit the country.

But then he's never put country first has he?

President Obama should abandon his run for a second term and turn over the reins of the Democratic Party to Secretary of State Hillary Clinton, two one-time Democratic pollsters wrote in Monday's Wall Street Journal, which appeared online Sunday.

Patrick H. Caddell and Douglas E. Schoen argued that just as Harry Truman and Lyndon Johnson decided not
to pursue additional runs though they could have, Obama should do the same.

“He should abandon his candidacy for re-election in favor of a clear alternative, one capable not only of saving the Democratic Party, but more important, of governing effectively and in a way that preserves the most important of the president's accomplishments. He should step aside for the one candidate who would become, by acclamation, the nominee of the Democratic Party: Secretary of State Hillary Clinton,”Caddell and Schoen wrote.