Thugs for the head thug 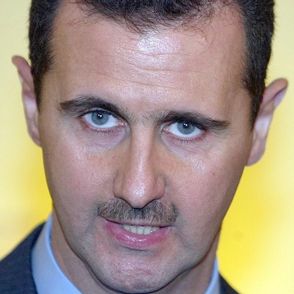 
(Reuters) - Crowds armed with sticks and knives attacked the Saudi Arabian embassy in Damascus and French and Turkish consulates in the city of Latakia on Saturday after the Arab League suspended Syria, residents said.

They said hundreds of men shouting slogans in support of President Bashar al-Assad beat a guard and broke into the Saudi embassy in Abu Rummaneh, three blocks away from Assad's offices in one of the most heavily policed areas of the capital.

"We sacrifice our blood and our soul for you, Bashar," the crowd shouted, according to neighbourhood residents.