Give him what he wants 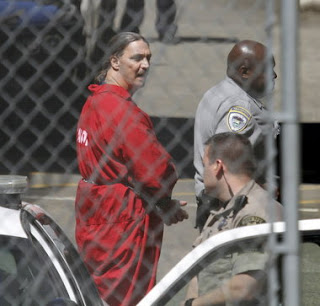 Make his day; rescind the reprieve.

A condemned inmate who was scheduled to be executed next month is now slamming Gov. John Kitzhaber for giving him a reprieve, saying the governor didn't have the guts to carry out the execution.

Two-time murderer Gary Haugen had voluntarily given up his legal challenges, saying he wants to be executed in protest of a criminal justice system he views as broken. But Kitzhaber on Tuesday said he won't allow anyone to be executed while he is in office, calling Oregon's death penalty scheme "compromised and inequitable."

But in a telephone interview with the Statesman Journal on Friday, Haugen mocked Kitzhaber.