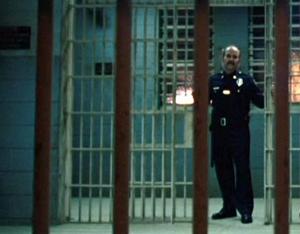 Even a good cop can fall victim to drugs and easy money.

Its sad to see but perhaps it will serve as an object lesson to others.

A former Bexar County sheriff's deputy pleaded guilty Wednesday to conspiracy to commit mail fraud for a small role he had in a $50 million mortgage-fraud case.

Chief U.S. District Judge Fred Biery allowed George Autobee to be released on bond for the holidays after accepting his guilty plea. Autobee, 48, admitted being a straw buyer in a scheme allegedly led by a Dallas man accused of bilking lenders out of $50 million.

Autobee, responding to the judge's questions, acknowledged having problems in jail since he was sent there a year ago following a drug conviction.