The road to Bali is fraught with peril 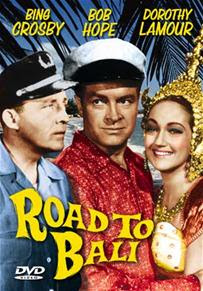 Buying drugs in another country?

Too young for jail? Tourist, 14, gets 2 months for buying drugs in Bali
Under Indonesia's tough narcotics laws, Australian boy could have received a 12-year sentence
MSNNBC -

BALI, Indonesia — An Australian teen was sentenced to two months in detention Friday for buying drugs while vacationing with family on Indonesia's resort island of Bali.

Presiding Judge Amzer Simanjuntak told the packed Denpasar district court that — when taking into account time already served — the 14-year-old would be freed in just over a week and immediately deported.

"It's better to give a jail sentence, but the shortest possible, which would enable him to be given back to his parents sooner," Simanjuntak said, according to a report in the Herald Sun newspaper.