More death and destruction on the Highways and Byways of Texas 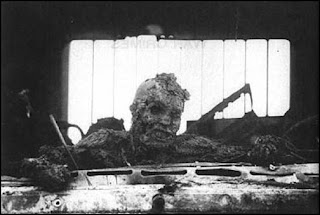 Another day, more people dead and a another DWI driver goes to prison.

Its all getting rather humdrum, isn't it?

When will folks wise up?


Ex-con gets 30 years in fatal DWI wreck
His brother and a friend died in high-speed crash on U.S. 281.
By Craig Kapitan - Express-News

A San Antonio man who killed his brother and a friend while driving drunk along U.S. 281 at speeds estimated as high as 116 mph was sentenced Friday to 30 years in prison.

Salvador Castrejon Jr., 31, agreed to the term as part of a plea agreement reached earlier this week.
Intoxication manslaughter is a second-degree felony generally punishable by up to 20 years in prison. But

Castrejon's punishment range was elevated to up to life in prison because of 2004 aggravated robbery conviction that resulted in a prison stint.