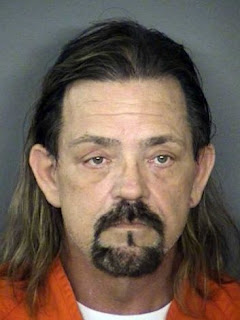 Once a very successful businessman and now this.

Yuchnitz back behind bars
By Jessica Kwong - Express-News

Michael Yuchnitz — best known for his long hair and colorful outfits on his My Econo's “39.95 optical specials” TV commercials before being accused of arranging for a hitman to kill his wife — is in trouble again.

Yuchnitz, 59, posted $1,500 bail on a reckless driving charge after being arrested Friday night, but was remanded without bail after a warrant was issued Saturday on an October 2010 felony charge of solicitation of capital murder in the case involving his wife.

Police say Yuchnitz agreed to pay a man $10,000 to kill his wife of 32 years and make it look like a robbery. Yuchnitz denied the couple was going through a divorce, but his wife filed a petition for divorce after police disclosed the alleged murder-for-hire plot to her.