Ambien made me do it 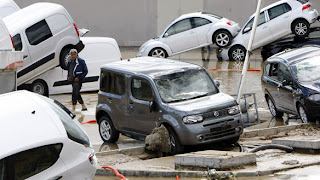 A most novel defense I must say.


A Shorewood man wants a Will County judge to clear him of a drunken driving charge because he said he became “involuntarily intoxicated” after taking a prescription dose of the sleep aid Ambien last year.

Thomas A. Gatz, 43, was found wearing only his underwear July 27, 2010, after he drove his car eastbound in the westbound lanes of West Jefferson Street in Joliet and caused a crash that shattered an 18-year-old woman’s arm, court records said.

His attorney is pointing to a doctor’s expert testimony that Ambien can cause sleep-walking, eating and driving.