Who's the Putz now? 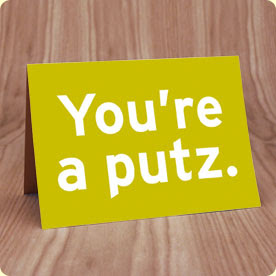 Takes one to know one.


COLLEGE STATION — At 9:03 p.m. on Oct. 1, a person dubbed “UtayAg” on the popular Texas A&M fan website TexAgs opined, “I have to admit that the stupidity on this board always brings me back to the point that I know I'm not the dumbest (expletive) out there.”

His fellow posters beg to differ. Jeff Toole, A&M athletics' chief financial officer and senior associate athletic director, admitted on Tuesday that he has disparaged A&M president R. Bowen Loftin on TexAgs — dubbing
Loftin a “putz” and a “hopelessly underqualified puppet” — under the alias of UtayAg.

“I was posting what I thought was an anonymous opinion,” Toole said Tuesday.