Ban the Can? or Can the Ban? 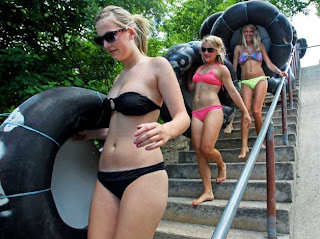 I'm not taking any sides on this issue.

NEW BRAUNFELS — A contentious community debate concludes Tuesday when voters decide if the town will enforce a ban on disposable containers on the city's two waterways.

Lawns, lots and windows around the city sport “Can the Ban” or “Support the Ban” signs or banners. Representatives on both sides of the issue have held debates and rallies, worked phone banks or walked city blocks drumming up support for their side.

Facebook debates have added a new dimension to the citywide discussion. And, as always, there have been enough allegations, whisper campaigns, threats and stolen signs to keep each side agitated.